Arena UK & Solo Sports Brands, official distributors of arena products in the UK and Ireland, are delighted and proud to announce it’s sponsorship of David Murphy from the City of Oxford Swimming club. 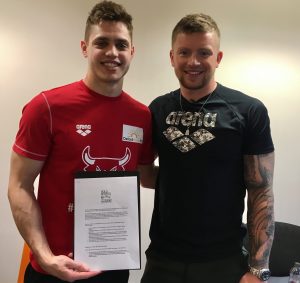 David is one of the emerging stars of British Swimming in the 50m & 100m Breaststroke. After winning the bronze medal at the European Junior Swimming Champs in 2016 in the 100m 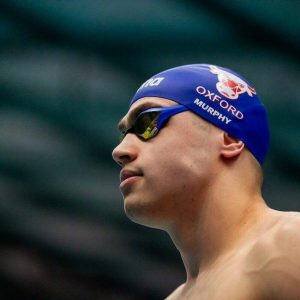 breaststroke, David has gone on to win medals at National & international level over the past few years. Solo Sports commented, “we’re delighted to be able to support David as one of the upcoming swimmers in an event & stroke in which GB has such a strong tradition.”

David is pictured with Adam Peaty, just after signing his two year contract with Solo Sports.