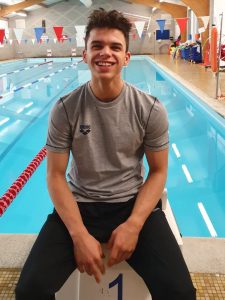 The 15 year from Dartmoor Darts Aquatic club has had a tremendous year which culminated in representing Team GB at the European Youth Olympic Festival in Baku where he  won silver in the 100m breaststroke . Cameron is the current British & English record holder for 100m Breaststroke ( LCM)  in the 13 year, 14 year & 15 year age groups – he also holds the short course British junior  records on the 50m & 100m breaststroke.

arena UK are looking forward to working with and  supporting Cameron at this point in his swimming career .