arena UK is pleased to announce the signing of Plymouth Leander Swimming Club to the arena team.

Over the years, Plymouth Leander has nurtured swimmers at every level – from youngsters starting out to Olympic and World Champions. They have grown in size and reputation but strive to develop and encourage grass roots swimming as well as elite performance.

We look forward to working with Plymouth Leander and helping to maintain this level of achievement.

“arena UK are delighted & excited to welcome Plymouth Leander as one of our supported clubs . The club has a fine tradition of producing some of Britain’s fastest swimmers across a range of age groups and events and have had swimmers at most of the major European & World meets in the last few years. Many congratulations for a superb club win at the National arena League Cup Final last weekend.” 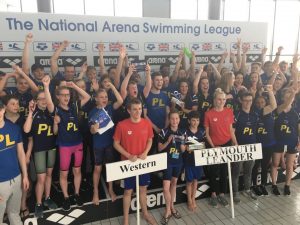 Head Coach Robin Armayan is delighted to see the club become part of the Arena team.

”Plymouth Leander has a great history in the Arena League and this season’s win feels particularly satisfying,” he said.

“We, as a club, are excited about this new partnership with Arena; this is a great opportunity for Plymouth Leander and for its athletes. We feel very honoured to be associated with Arena and we look forward to working with them long term.” 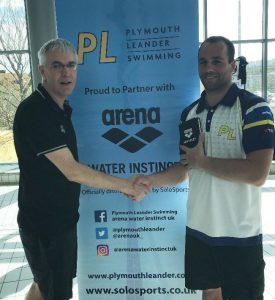 Club Chairman David Ellis said: “It’s great that in the first year of our partnership with Arena we should be Arena champions. What better way to start!

“Arena is the leading supplier of swim racing suits and equipment and we are looking forward to working together…. and hoping it gives us an added advantage in the pool!,” he added.

“The support which Arena give to the competition and to swimming as a whole is really appreciated not only by us but throughout the wider swimming community.” 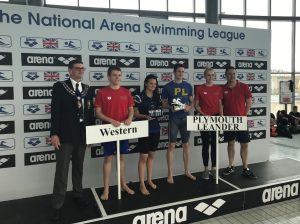